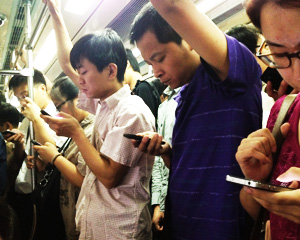 HONG KONG, March 19, 2014 – DotAsia Organisation, registry operator of the ‘.Asia’ top-level-domain, announced that it has partnered with NameJet.com and RightOfTheDot.com to auction a series of never-before-released premium numeric domain names. Through these auctions, approximately 150 three and four character numeric .Asia domain names such as 333.asia, 777.asia and 8888.asia will be offered to the public for the first time. The auctions are scheduled to begin on May 2nd, 2014.

NameJet is a proven leader in the Asian auction marketplace in that approximately 30% of NameJet visitors in the past year came from Asia. NameJet has recently auctioned numerous premium Chinese .COM domains and numeric domain names, highlighted by liu.com selling for $155,688 in January 2014 on the NameJet platform. “We have had great success selling domains to Asian buyers,” said Matt Overman, General Manager of NameJet. “Numeric domain names are highly prized by our customers and we’re excited to continue to grow this inventory.”

“The recent success of NameJet in targeting buyers in Asia has been impressive,” said Edmon Chung, CEO of DotAsia. “Trying some of our numeric names on the NameJet platform makes a lot of sense. Hopefully we can take advantage of the momentum they have built. Three and four character numeric domain names are universally understood, easy to remember and very popular in the East. Not only are they short and meaningful names, they also contain a keyword and geographical identifier – Asia, increasing the chances of being found by people and search engines alike.”

“Large corporations are already using their .Asia domains with sites such as Honda.asia and LiveNation.asia,” said Monte Cahn, President and Director of RightOfTheDot.com, a leading domain industry consultancy firm specializing in new and existing premium domain sales and strategy, contention resolution and auction services. “Having participated in the successful launch of .Asia in 2008, we are excited to work with DotAsia and NameJet in managing the successful release of these never-before-registered premium .Asia domain names.”

Looking at the “Top 100 sales of 2014” as recognized by DNJournal.com, 13 out of the top 21 sales are for the China market, including 100.com which sold for $950,000. In 2013, another three-character numeric domain, 114.com, was sold for a whopping 2.1 million dollars. With expanding economies and growing access to technology, Asia has one of the world’s largest and fastest growing Internet populations. For example, China currently has more Internet users than any other country, with 600 million people online. However, that number only accounts for 42 percent of the country’s population, leaving considerable room for growth. In contrast, many Western nations already have Internet penetration rates higher than 75% percent.

The DotAsia Organisation is the Sponsoring Organization and Registry Operator for the .ASIA Sponsored Generic Top Level Domain. DotAsia is a not-for-profit, community-based organization incorporated in Hong Kong. Asia has developed into a global force in the international commercial, political and cultural network. The .ASIA domain aspires to embrace this dynamism in the Asia Century to become a nucleus, intersection and breeding ground for Internet activity and development in the region.

NameJet is a joint venture between Demand Media, Inc. [DMD] and Web.com Group, Inc. [WWWW] who each own two of four leading ICANN-accredited registrars (eNom, Name.com, Network Solutions and Register.com). Launched in 2007, NameJet serves domain investors, Fortune 500 companies, small and medium-sized businesses, as well as a diverse and global mix of individual investors. It has processed more than 300,000 domain auctions, establishing itself as a trustworthy and transparent auction platform that is customer-focused and user-friendly.

RightOfTheDot, LLC is an Internet consulting and advisement firm specializing in new and existing TLD strategies, contention resolution and private auction services, board advisement, premium domain and market positioning, sales and services. The new venture is the brainchild of two successful domain and Internet industry veterans, Monte Cahn and Michael H. Berkens, Esq., who possess a unique combination of vision, leadership and domain expertise. This highly qualified consulting group gives you access to the most experienced domain sales and marketing strategists in the industry. Both principals of RightOfTheDot are members of the prestigious Domain Hall Of Fame. Together, they have participated in more than $350,000,000 in domain sales and assisted in the successful launches of 15 of the existing sTLDs and gTLDs, in addition to several ccTLDs available today.