DotAsia is committed to its mandate of promoting Internet development and adoption in the Asia Pacific community.  To dedicate a portion of the proceeds from .Asia domain registry operations directly for community projects, the Sponsor Community Project (SCP) process was put in place and structured to foster partnership with Sponsor Members in supporting the vision and mission of DotAsia.  See DotAsia Membership Roles & Responsibilities.

SCP Funds are accrued for each regular .Asia domain registration and renewal (i.e. promotional registrations not included) for which the associated Registrant corresponds with a DotAsia Sponsor Member cc-locality (the country and/or territory represented by the corresponding ccTLD).  Available SCP funds are reported annually to Sponsor Members (end of year: Dec 31) and available upon request.  The SCP funds are not benefits to Members, but rather, DotAsia Members are tasked to identify meaningful community projects within their cc-locality for which the SCP funds may apply towards.  Accumulated funds expire after four years, and will be allocated to support other DotAsia community contributions.  See Community Projects supported by DotAsia. 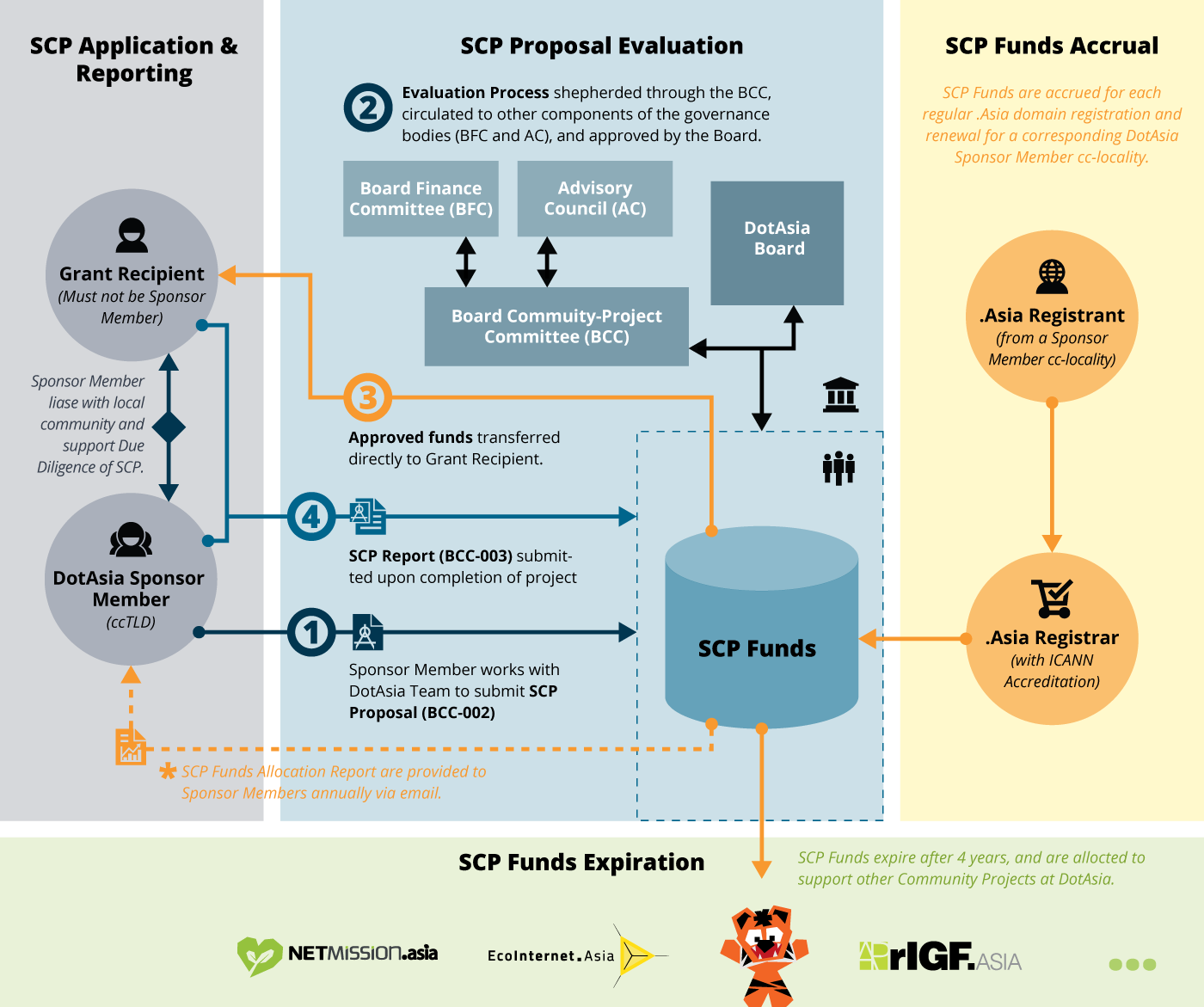