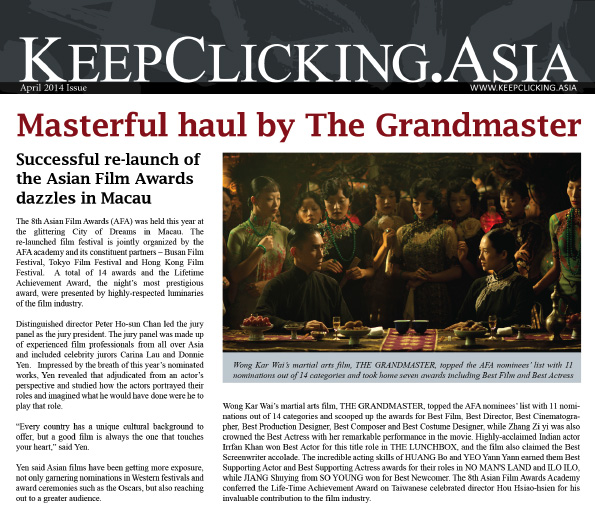 Masterful haul by The Grandmaster – Successful re-launch of the Asian Film Awards dazzles in Macau: The 8th Asian Film Awards (AFA) was held this year at the glittering City of Dreams in Macau. The re-launched film festival is jointly organized by the AFA academy and its constituent partners – Busan Film Festival, Tokyo Film Festival and Hong Kong Film Festival. A total of 14 awards and the Lifetime Achievement Award, the night’s most prestigious award, were presented […] 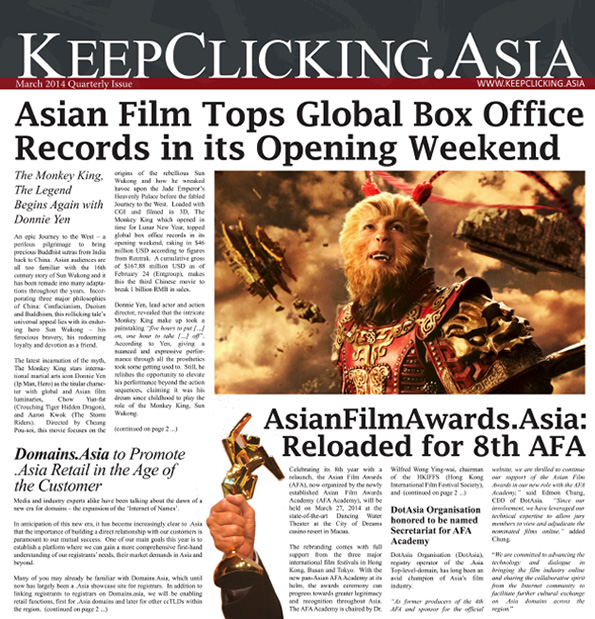 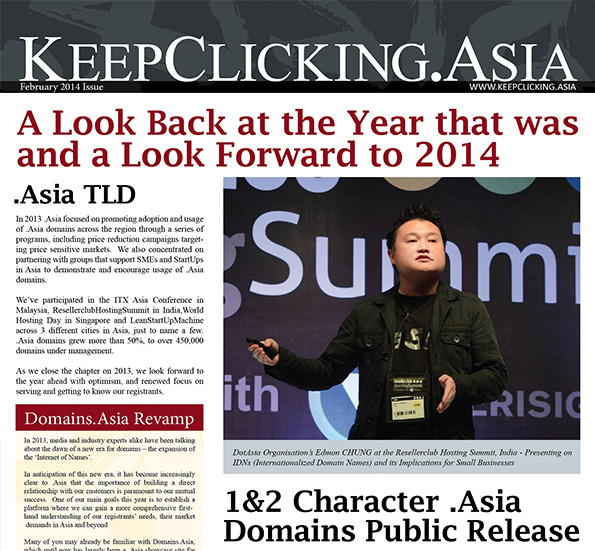 A look back at the year that was and a look forward to 2014 – In 2013 .Asia focused on promoting adoption and usage of .Asia domains across the region through a series of programs, including price reduction campaigns targeting pric sensitive markets. We also concentrated on partnering with groups that support SMEs and StartUps in Asia to demonstrate and encourage usage of .Asia domains under management […]

With the Sunrise and Landrush Priority Registration phases completed, DotAsia is excited to announce that the Public Auction Phase for 1&2 character .Asia domains is now in full swing.  World-renowned brands have already snapped up their domains such as...

DotAsia announced today the release of, never before registered, 1&2 character and 3&4 numeric .Asia domains. Premium domains such as 8.asia, 28.asia, and X.asia, will be available for registration based on a multi-phase release plan starting from July 30th, 2013, while 3&4 numeric domains such as 2013.asia, 888.asia, and 777.asia will be up for grabs through auctions starting August 2013.

It’s here! Welcome to the beta launch of our new website!

We are delighted to share with you our newly redesigned website, with a bold new look and enhanced navigation experience. To start, we’ve streamed lined our menus to give you quick access to the items you’re looking for. We’ve consolidated information on our...
Page 3 of 4« First«...34»